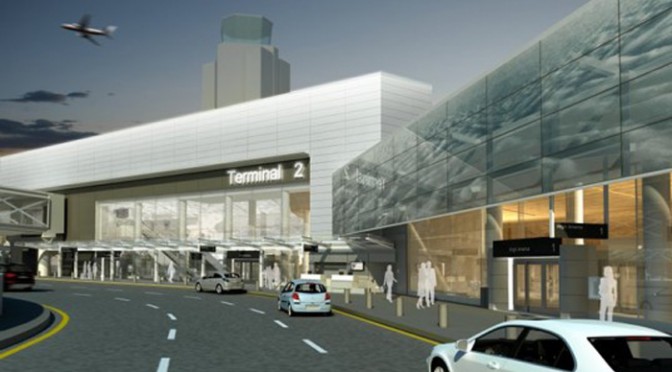 I love this short film by Saint Louisan Charles Eames called “Powers of 10.” It demonstrates dramatically the effect of raising the number 10 to successive exponential powers. It was shot in 1968 for IBM and narrated by the Manhattan Project and MIT physicist Philip Morrison.

But that’s not why I like it so much. I like it because it shows the startling power of adding……..zeroes. Adding zero – nothing!

How often have you heard the business-speak phrase “adding value?” I am no friend of such empty praxis. How about adding NO value – as in adding zero, raising to a new power? That is a goal worthy of my aspiration.

Adding no value may in fact be a wonderful expression, if we take it in the Eamesian way: adding perspective and power to what might otherwise be an ordinary experience. 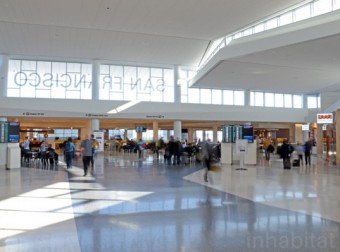 San Francisco International’s Terminal 2 is widely acclaimed among United States airport terminals for its achievement of passenger repose, a Holy Grail in our business. Why? Because the airport aspires to a higher purpose than a terminal building.

R.E.A.C.H. stands for Revenue Enhancement and Customer Hospitality. It builds on the Airport’s effort to make San Francisco International Airport (SFO) a world-renowned facility and a premium gateway to the West. The Principles of R.E.A.C.H. is an aspirational document for architects, designers, tenants and SFO employees. It explains SFO’s unique point of view, existing conditions and dynamic passenger demographics, so these principles can be incorporated into projects.

Designed and built by a joint venture of Gensler and Turner Construction, I think the team (our team – we did the testing and commissioning of the electronic communications systems) did a great job of adding zeroes to a passenger terminal and thereby making it remarkable.

Adding zeroes to a situation can very powerful. So the next time you wonder about adding value to a conversation, a relationship or a project, consider adding no value. The results may surprise you.