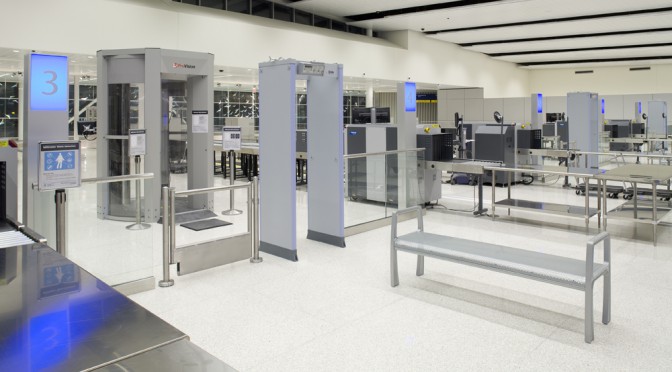 In “the business” – those familiar with the vagaries of aviation security – we too often get so immersed that we lose context. Aviation security is not in fact a steady-state feature of aviation, but a constantly evolving response to moving circumstances.

Commercial aviation originated as a means to provide relatively unfettered public transportation across large distances. Air transport is inherently vulnerable to unlawful interference and attack. Air flight has also always been a spectacular and visible feat, enhancing the system’s attractiveness as a target for activity seeking spectacular attention.

These very achievements – reliable and speedy long distance travel and technical mastery of human flight – have brought into existence a particular form of malice and a particular set of solutions to it, collectively known as aviation security.

Criminal intervention in aviation is nearly as old as commercial flight. The first record of a hijacked aircraft is in 1930, when a Pan American mail-plane was hijacked by Peruvian revolutionaries seeking to drop leaflets over Lima. Security-related incidents tended to be dominated by aircraft hijacking for several decades thereafter, usually by persons seeking expeditious political asylum, rather than political leverage.

International security approaches followed this trend, with the gradual introduction of magnetic screening devices aimed at detecting guns and other metallic weapons being carried onto airplanes.

The situation changed dramatically in the 1980s with the appearance of terrorist bombings of aircraft. Beginning with TWA #843 and culminating in the 1988 bombing of Pan American #103 in Lockerbie, radical organizations sought to create terror and call attention to their causes by the destruction of aircraft in flight. This development, coincident with the rapid development of electronic systems, ushered in the modern era of aviation security.

Prior to 1988, although international aviation governing agencies were in existence, no comprehensive regulatory guidance was available and the technical approaches to securing the aviation system were sporadic and largely manual.

By 2001, virtually every commercial airport had incorporated the most basic security measures, including delineation of security zones, electronic badge access to secure zones, control between public and sterile areas, electronic control of security badges, radiographic and magnetic screening of departing passengers and luggage and some form of video surveillance in critical areas. A body of knowledge grew up in this period, industry committees were formed and the business of aviation security matured into a relatively widespread feature of air travel and aviation operations.

The attacks on the United States on September 11, 2001 opened a new chapter in threats and responses to aviation security, which produced – again, in conjunction with rapid technological developments – a host of more integrated and effective security approaches and solutions. The “Post 9/11” aviation security environment shifted to address the specter of suicide attacks including the use of aircraft itself as an instrument of terror and destruction.

Interestingly, some of the more advanced security strategies have resulted from the realization that reliance on technology alone does not provide the most comprehensive and effective measures to secure the system. Advanced practitioners began to adopt models of balanced security, layered concentric security, integrated security processes with building design and technology and establishment of situational and domain awareness.

The global picture for aviation security was altered dramatically in 2001, as both regulatory influences and heightened awareness combined to create a massive demand for new security technologies. Rapid introduction of new products and technologies ensued and continue in the current decade. The global homeland security market has been estimated at $200 billion, with as much as 10% of the total devoted to the aviation industry.

Key advances in aviation include:

Aviation security is not a steady-state business. It changes with the world and the world of flight.

David Kipp leads Ross & Baruzzini’s Domestic Aviation and Rail/Transit/Communications market areas. In the course of his 27 year career, he has led complex technology projects across the globe as a project executive and practitioner. Dave is also a respected advisor to many public sector clients, universities and healthcare systems seeking objective and trusted counsel on information technology, communications, critical operations, wireless, and security issues.

One thought on “A Brief and Moveable History of Aviation Security”